Published by Team Mahakatha on February 12, 2021 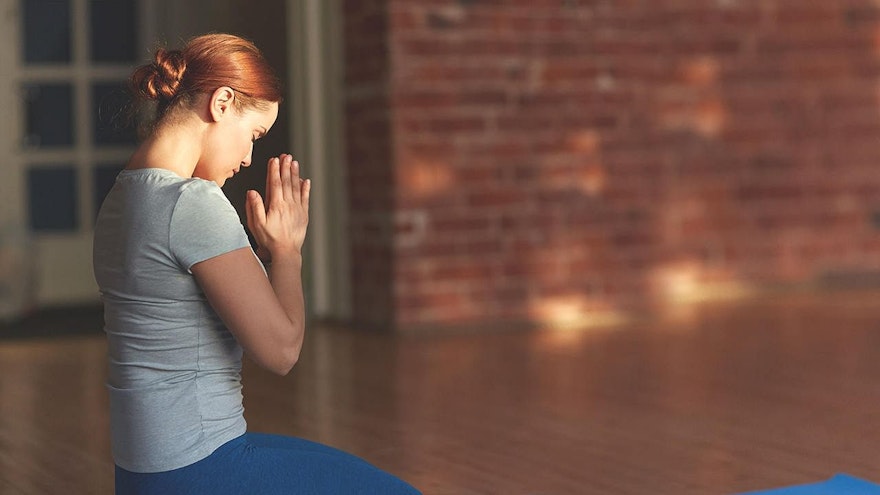 Hearing a mantra for the first time is like being in the womb.

The mantra meditation sounds are unfamiliar, the meaning is completely unknown, and yet, much like the infant who kicks, something inside us shifts. Almost involuntarily.

I was amazed to learn that in ancient mystical India, mantras were first chanted for strangely specific purposes like finding lost cattle or controlling body temperature.

Hindu mantras were chanted for the powerful sonic vibrations they created within the body and around. That’s how they became a part of almost every ancient ritual, releasing ripples of vibrations that purified the space.

That continuing sea of chants tends to reverberate even hours after a typical ceremony.

Eventually, the mystics unravelled the deeper workings of mantras – how mantras were in fact carefully woven stimulus designed to produce a certain response from the body and mind.

This meant that a mantra or chant could be composed a certain way to calm the mind, to improve its focus.

It could break through negative vibrations, potentially alter the structure of a molecule and in certain cases, even help healing.

Listening as babies from the womb would little did we know that mantras had the ability to stimulate multiple areas of our brain. And that could control hunger, bring down the heart rate or even influence our level of emotional attachment.

All you and I usually experience when we hear a mantra for the first time is the feeling of alignment to the sound.

The feeling that we are receiving something. And that when it is over and we open our eyes, something within us has changed.

Listen to the best mantras for mantra meditation

If you would like to read up on mantra meditation and a couple of mantras shown below, please scroll below as the mantras play in the background.

Notice the three highlighted words there.

Correctly – because a mantra without its exact sounds is complete ineffective.

Pronouncing the, correctly is of paramount importance, some would say even more important that the meaning of the mantra itself.

Repetitively – every single sound of the universe sparks off a vibration. However, to sustain a desired vibration, to delve into it, to meditate in it, and to see it manifest around us, the mantra needs to be recited in perpetual flow. Repetition is affirmation.

With Intention – What is it that you are wanting? What is the purpose of you chanting or listening to the mantra?

The answers to these questions need not be grand, they can be as simple as you want them to be. But without an intention, a mantra is like an empty bus making the stops.

Get on board. Focus on what you want, feel deeply prepared to receive it, and chant.

Why do we chant during yoga mantra meditation?

That one hour that we spare for yoga is one in stark contrast to the rest of our day.

In that time, we have to make the drastic switch. From anxious to calm. From busy to mindful. From preparing to being present.

And we cannot expect ourselves to make that switch just by closing our eyes and sitting upright. It is not that easy sometimes.

Let alone trying to keep away distracting thoughts during the session. At times, it can be incredibly hard to stay focused on ‘the present moment’ or on ‘breathing through the pose.’

We’ve all had those moments when we jolt back from an unrelated thought bubble to the present yoga session, and even though our body followed the instructions well, our mind missed out on the pleasure of mindfulness.

Chanting will keep such bubbles from forming. Saying complicated-sounding words out loud may put some of us out of our comfort zones; however, nothing channels our attention and focus to the present moment like chanting does.

I absolutely loved this Sanskrit yoga prayer that my guru taught me. I would walk into the room, spread out my yoga mat and sit facing the sun, waiting to chant the mantra.

This is how I chanted it:

This ancient yoga chant is a devotional note of gratitude to the revered sage Patanjali, who is deemed as the father of yoga. This one tops the list of meditation mantras for beginners.

The mantra bows to Patanjali with hands joined in prayer, remembering him as the one who purifies the mind with yoga, the speech with wise verses and the body with Ayurveda.

This mantra is followed by the ancient Indian chant that expresses the highest respect for gurus. It was heartening to see that as I chanted for my guru, who was seated in front of me, she was humbly chanting for her guru as well.

In line with the Indian tradition of treating a guru no less than an incarnation of God, the mantra states that to a disciple’s mind, the guru is Lord Brahma, the creator, Lord Vishnu, the sustainer and Lord Maheshwara, the destroyer of all evil.

After the long, deliberate and mindful chanting of this mantra, the individual is humbled and centered enough to be a good disciple, to learn quickly and deeply and to stay focused through the session.

Did the intention of the mantra successfully come through to you by listening to it?

There is one thing common about every prayer. Gratitude.

That is the core of every different prayer and mantra chanted in yoga, one of which is Durge Smrita.

This is an uncommon closing prayer, which summons the incarnation of strength, goodness, health and peace.

Although it mentions the name of a specific deity, Goddess Durga, from Hindu mythology, the gratitude expressed in the mantra is beyond religious faith – much like yoga.

It prays to that guiding force, the same that is in the heart and in space, governing man and the universe.

While narrating the mantra, you are offering prayer and gratitude to that force, for your existence, for your health and wisdom and for the removal of all fear, pain and suffering.

There is an inexplicably soothing effect of the chant – that calms your body like a cool-down routine and calms your mind meditatively.

The echoing of the mantra still rings in the ears when you are ready to open your eyes gently, and transition back into the rest of your day.

The Yoga opening and closing prayers are two of my favorite yoga mantras. The way it elevates my yoga session, gently zoning me in and out, is beyond words.

However, I’d love for you to try and listen to these mantras as a part of your yoga practice. I’m hoping that it will have the same calming, aligning effect it had on me, on you, too.

You can find both these mantras and more in our Ancient Chants from India - Volume 1.

List of top mantras from Ancient Chants of India

• Nirvana Shatakam (the world's most loved chant for inner peace)

• Sudharshanashtakam (the most powerful mantra for physical and mental healing)

• Pranamya Shirasa Devam (the mantra that can destroy all obstacles)

The information you find in this article is purely for educational use only. This is not to be considered as a substitute for medical advice, diagnosis, or treatment from professionals. It is also advised to seek advice from your doctor or any other authorized health providers with any of your health and fitness related conditions and problems.