Learn everything about this mantra that is known to help you tap into your inherent patience.

"Om Namah Shivaya" is a prayer to tap into deep inner peace, patience, and presence of mind.

It is an invocation of Lord Shiva and one of the most popular meditation mantras.

Through this chant, we seek to imbibe the divine awareness and serenity of Lord Shiva in our daily lives.

Om Namah Shivaay is a unique mantra, since each syllable in it connects with different energy centers in our body, and restores balance within them.

The earliest mention of this mantra can be traced back to the Krishna Yajurveda, a sacred scripture in Hindu mythology.

Among all the mantras of Shaivism, this one stands at its core.

The mantra is often repeated a number of times in one sitting, to further deepen one's practice.

Owing to its power, it is the most common mantra used for Japa yoga, in which the mantra is chanted 108 times. 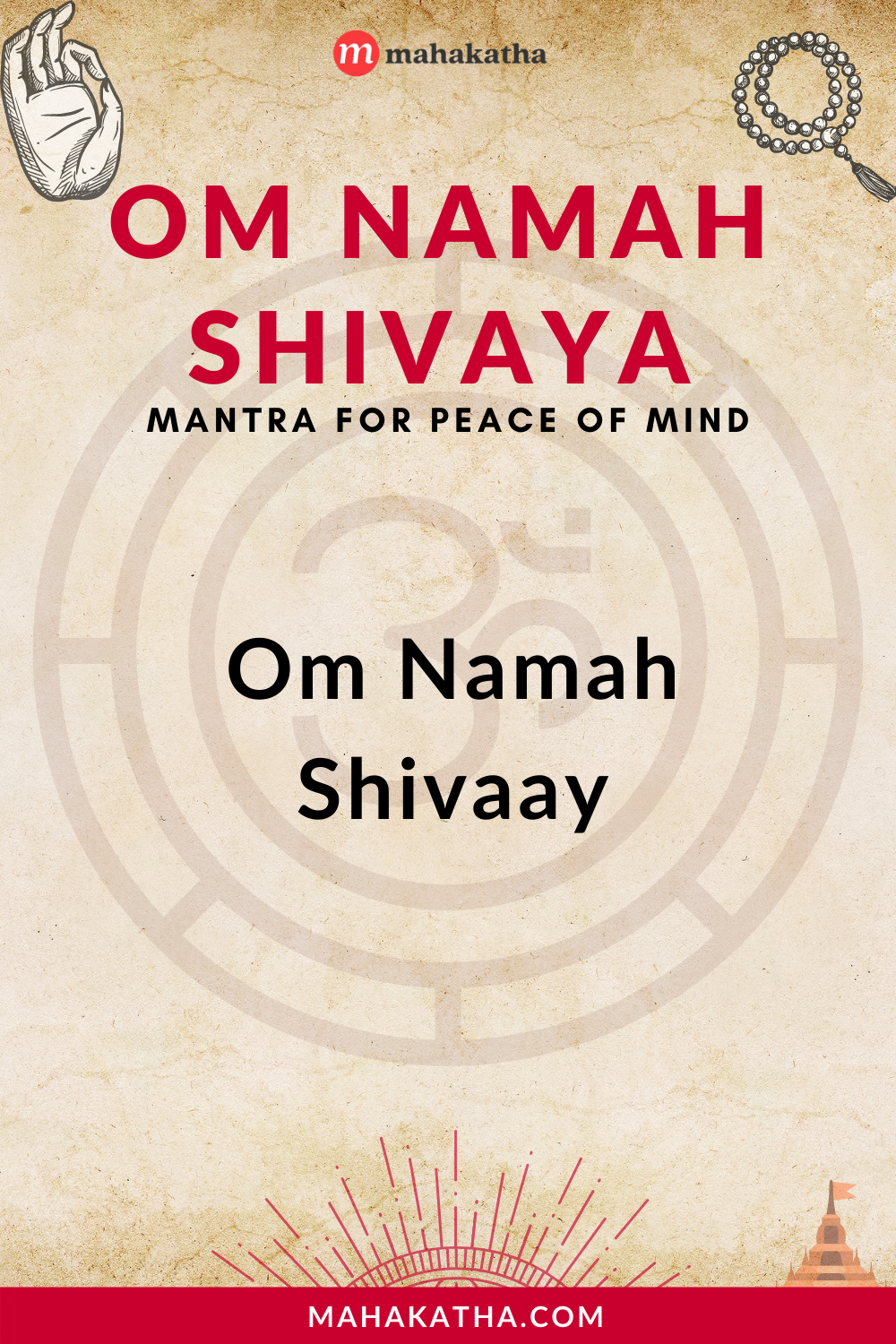 The meaning of the mantra Om Namah Shivaay can be understood in two main ways:

Firstly, as a salutation to Lord Shiva, and second, a way of seeking his blessings.

"Om", the monosyllable mantra is the primordial sound of the Universe, the bridge to our highest awareness. It is considered the source of all consciousness.

"Namah" is a phrase of humble salutation, meaning "I bow to you".

"Shivaay" is the invocation of Lord Shiva, who is known as the Guardian of the Truth and the Dispeller of All Evil.

The second way to understand this mantra is through each syllable within it.

Excluding Om, the sounds in this five-syllable mantra represent and connect to the five basic elements that exist within the human being and in the Universe around him.

Here, "Na" represents earth, the element which corresponds to our well-being and endurance.

"Mah" represents water, the element that symbolizes all our beliefs, emotions, and desires

"Shi" represents fire, the element of strength, willpower, and deeds.

"Va" represents air, the element that is connected with our ability to love and care, and

"Ya" represents space, which signifies our ability to express.

Thus, through this mantra, we activate, vitalize, and balance all these elements within and around us.

The mantra Om Namah Shivaya holds several benefits for the mind of both the chanter and listener.

Listening to this powerful healing mantra along with meditation helps you in the following ways.

Benefit 1 - Better control
With regular and intensive chanting, the mantra can help the mind control its varied emotions

Benefit 4 - Improves memory
Above all, the mantra polishes the core abilities of the mind, like memory, focus, and creativity.

These are the core benefits of Om Namah Shivaya. It has been known to help in studies.

Here's a preview of the Om Namah Shivaya Mantra, from our YouTube channel