The origin and benefits of Om mantra chant

Learn how to use the simple, but effective Om chant for healing effects on your mind and body. We also explain the origins of Om, considered the sound of creation itself. 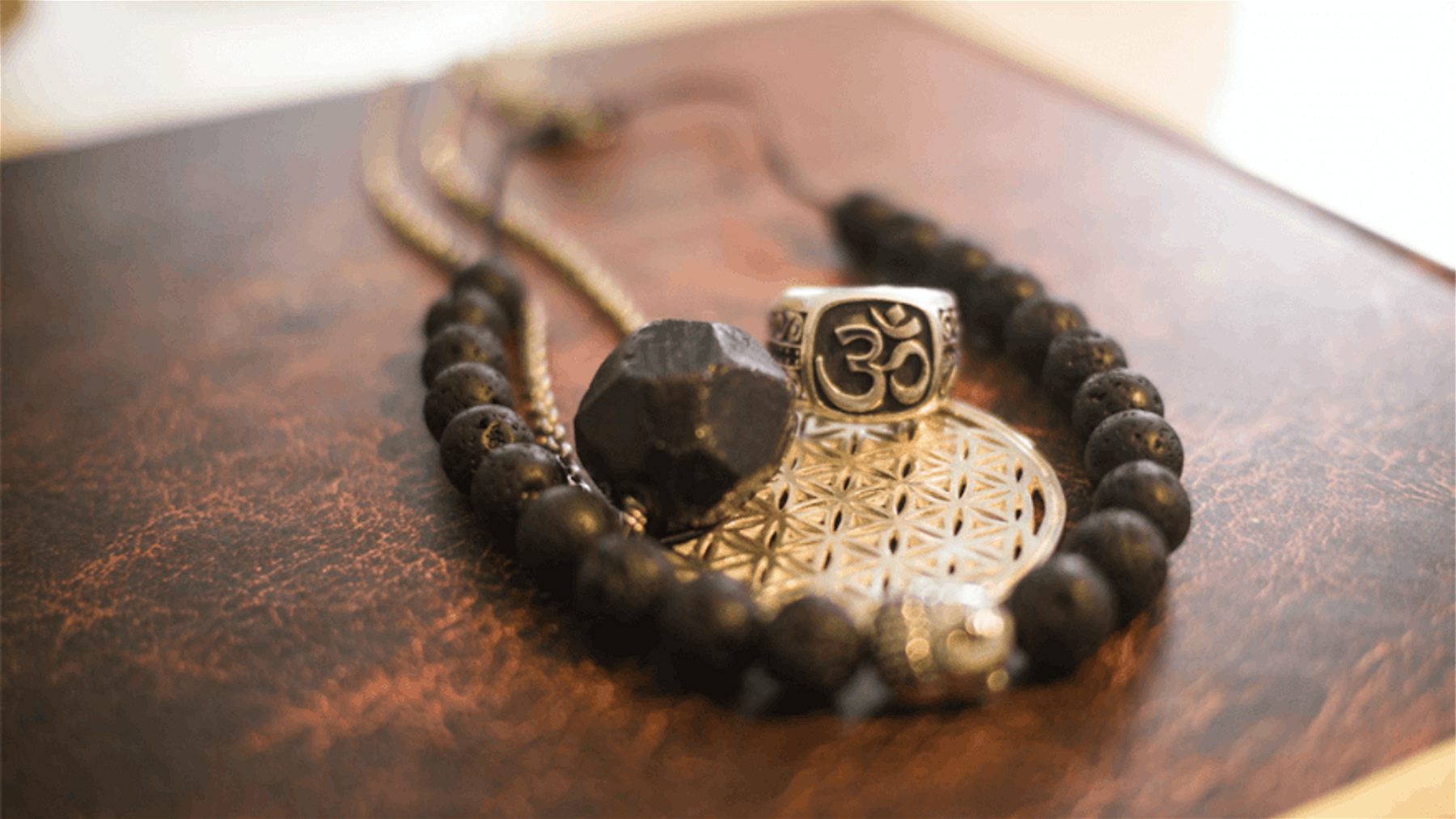 Code
Do not index
Do not index
The Om mantra chant is the most important spiritual sound in the eastern part of the world.
In fact, this meditation mantra is considered the Universal sound, the sound associated with all being and that of creation.
For newbies, chanting might seem synonymous with Hindu and Buddhist traditions. The history and philosophy behind the Om mantra chant are truly fascinating.

Listen to the best Om mantras

Here's a list of mantras that you can listen to right now. These are meditation mantras that are perfect introduction to Om mantras.
If you would like to read up on each of these mantras listed please scroll below as the mantra plays in the background.

Om is one of the oldest mantras mainly used in Hindu traditions and Buddhist practices. It is a monosyllable mantra composing three root sounds: A, U, and M.
The first mention of Om was found in the Vedic texts, Upanishads. In Hinduism, Om signifies the Atman, meaning soul, and Brahman, meaning the universe and everything it holds.
It is considered to be the sound of the Universe. Om serves as an independent mantra and is also placed at the beginning of other crucial mantras.
In Buddhism, Om is considered as the composition of three pure sounds A, U, and M. The representation of these three root sounds is of dual nature.
According to the 14th Dalai Lama, the three sounds symbolize the impure body, speech, and mind of the regular practitioner. Simultaneously, they also signify the elevated body, speech, and mind of the enlightened Buddha.
So, the Om mantra chant encompasses everything between the impure Bodhisattva and the Enlightened Buddha.
In both philosophies, Buddhism and Hinduism, Aum or Om is considered holy and sacred. The sound represents existence and consciousness as a whole.
Om is also called the Pranava, meaning the life-force mantra. Other names for the universal mantra Om are:

Benefits of the Om mantra chant

Chanting Om is a beneficial tool for our mind and body. Despite the religious connotation of the Om mantra, it creates a deeper connection with our subconscious mind.
The Om mantra chant resonates with our mind this can be felt by the body.
Our brains are the source of our imagination. Our imagination, when compounded and structured, gives us our intelligence.
Our intelligence gives us the capability to think outside nature. It has the power to reverse the flow of nature.
This new creation is inevitable yet antithetical to the original creation. This is the nature of the universe -- a cycle of creation, preservation, sustenance, and destruction.
This entire interpretation of existence can be boiled down to a single sound 'Om'. Chanting this Vedic mantra can give you a profound understanding of yourself. It connects you with the universe without using any language.
That's why the Om mantra chant is also considered to be the Universal mantra. Chanting the Om mantra gives you the perspective to start new things.
That is why it is used as a primordial sound in various other mantras. Om chanting is also done before starting a yoga practice or other meditation sessions.
Om restores the balance in your mind and body and helps you to get in touch with your highest self. The Om mantra chant is also believed to have unparalleled healing power.
In Vedic scriptures, Om is believed to be the source of divine powers that can heal us emotionally and physically.
Om mantra chanting reduces blood pressure and heart rate. It impacts the sympathetic nervous system directly and regulates the stress hormone cortisol.
It also regulates the production of Melatonin which handles natural sleep. Om mantra chanting helps you better your sleeping patterns, which boosts immunity and avoids other complications.

Some ancient texts recommend chanting Om during meditation. Many texts assert that Om is the essence of:
Om can be chanted independently as a self-sustaining mantra. It can be chanted as a prefix to other essential mantras. The Om mantra is a primordial sound and so, it is also known as the Shabda-Brahman, meaning the ultimate reality decrypted in sound.
The Om sound is also illustrated with the Om symbol. The symbol is a composite of five symbols: four curves and one circle or point.
The four curves represent the different states of consciousness. The circle/point represents the greatest version of self.
The upper curve represents the state of deep sleep or the unconscious state. The lower curve represents the waking state of consciousness. This is when we use all our five senses.
The third curve stems from the common point of the waking and sleeping states. This represents the state of dreaming where you are neither unconscious nor awake.
The detached semicircle forms the fourth curve. It represents 'Maya', which means the illusion of life. It sits between the consciousness and the circle that represents Samadhi.
The circle of Samadhi is a representation of the absolute truth. It is the purest form of self and divinity.
The symbol of Om can be seen in the beginning and end of chapters of the Vedas, the Upanishads, and other Hindu scriptures. Om is chanted at every ceremony and ritual in Hindu tradition including weddings, housewarmings, and even funerals.
Variants of the universal mantra Om are also found in other faiths. Christians use a modification of Aum as 'Amen', Muslims use 'Ameen', Jews use 'Shalom', etc.

What are some notable Om mantras?

As I mentioned before, Om is the primordial sound used at the beginning of many important mantras. Here are a few of them:

The Ganesha mantra is known as a seed mantra for willpower and success.
The mantra is an invocation of Lord Ganesh, the God of Auspiciousness in the Hindu mythological universe. Ganesh is also considered the remover of obstacles.

This is one of the first Om chants that we learn in the world of mantras. Om Namah Shivaay is an instrument for improving focus, memory, creativity, and disciplining the mind.

Om Shaanti is a widely practiced mantra for inner peace and happiness. The mantra is an affirmation of joy that helps us instantly tune out of negativity, and protects our peace of mind irrespective of the circumstances.

This is a powerful chant for guiding our lives towards prosperity in all walks of life.
Through Om Namo Bhagavathe Vasudevaya, we strengthen our intention for our success and that of our loved ones.

Om Japa Kusuma is a chant dedicated to the Sun God.
Through this beautiful mantra, we seek to energize our body and mind with the radiant rays of the Sun.
This mantra, along with a few other Om mantras, forms a significant portion of our Ancient Chants from India - Volume 2 album.

A deeply calming chant from ancient Buddhist scriptures, Om Mani Padme Hum is a great tool for all creative visualization.
The mantra also enhances our ability to express love, kindness, and compassion to all beings.

This is an ancient Sanskrit chant that re-affirms our trust in the Divine forces of the Universe.
Whenever we feel overwhelmed by doubt, this mantra helps us remember that we are children of the Universe, and it is our destiny to flourish and prosper in this life.

The superpower of this mantra is the ability to put our deepest fears to rest.
The Maha Mrityunjaya Mantra is often chanted to strengthen our intention for health and well-being and heals our fears of illness, pain, and death.

The Gayatri Mantra is a universal mantra for positivity and abundance.
Practicing this mantra every day helps us open up to new opportunities for our happiness, and guides us away from obstacles in the path.

The Shaanti Paath mantra is a chant that instantly takes you from a place of feeling low to a place of complete wonder, love, and appreciation for your life.
The chant opens our eyes to peace and harmony in nature, inspiring the same peace and harmony within ourselves.

A Summary of the Origin & Benefits of Om Mantra

Chanting the Om mantra opens up your understanding of yourself in the larger scope of things. They help you to atone your mind with the universe and its power of creation.
I hope this exhaustive guide on the Om mantra chant has given you a new perspective on mantra meditation. If you want to experience the power of mantras, do listen to our own mantra meditation singer Preeti's soothing voice on our YouTube channel. 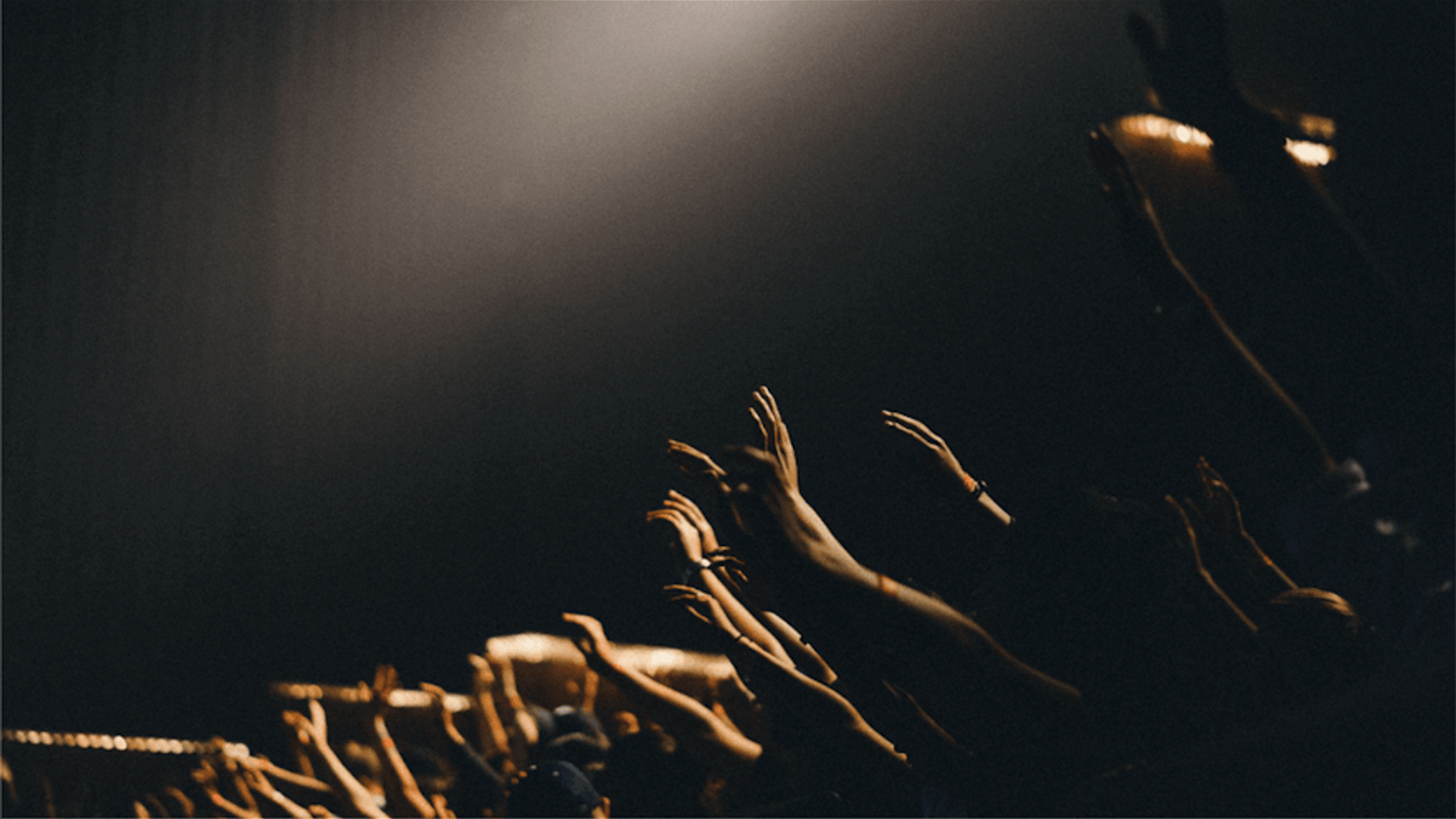 Mantra meanings - Types of mantras based on meaning 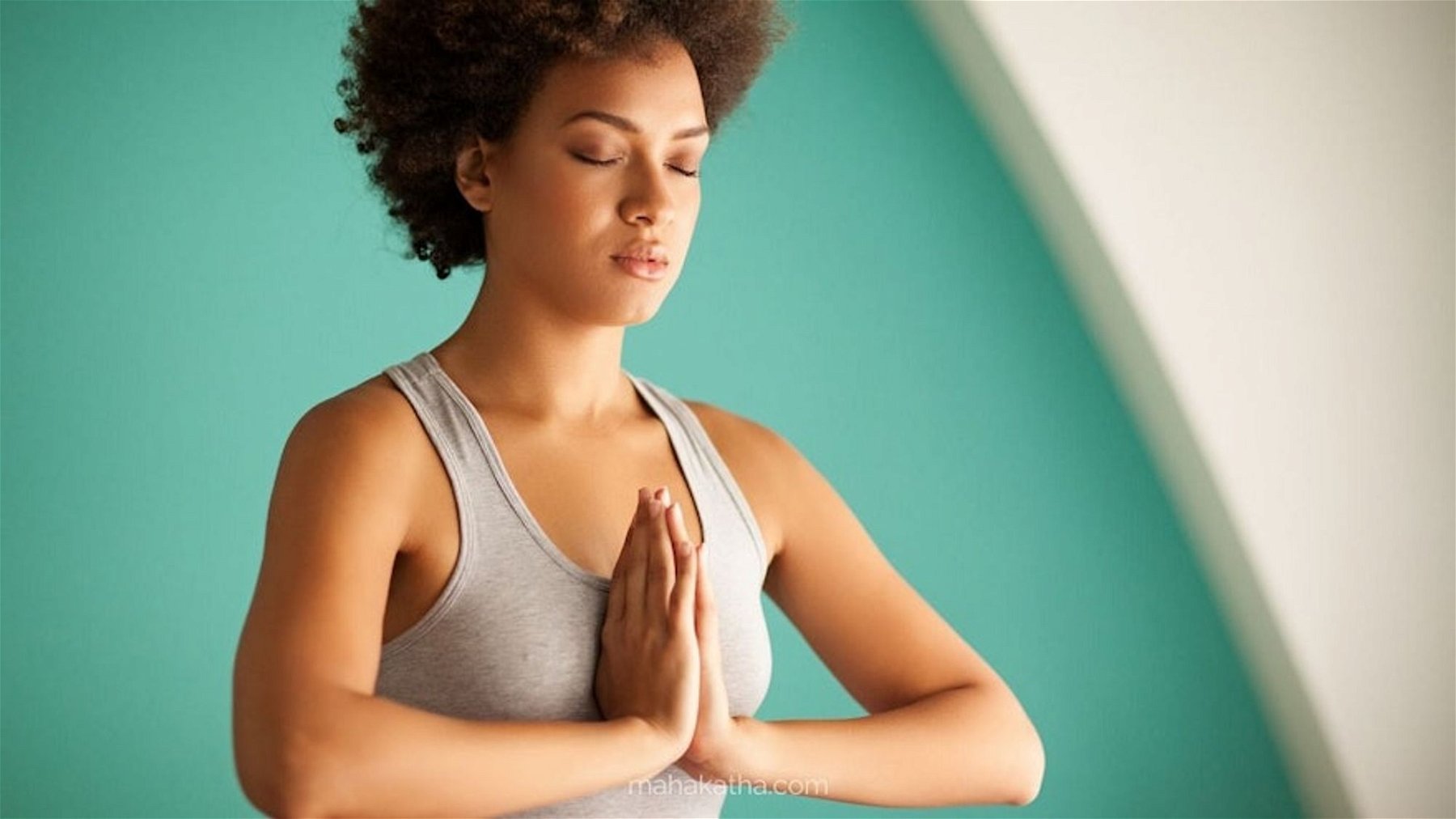 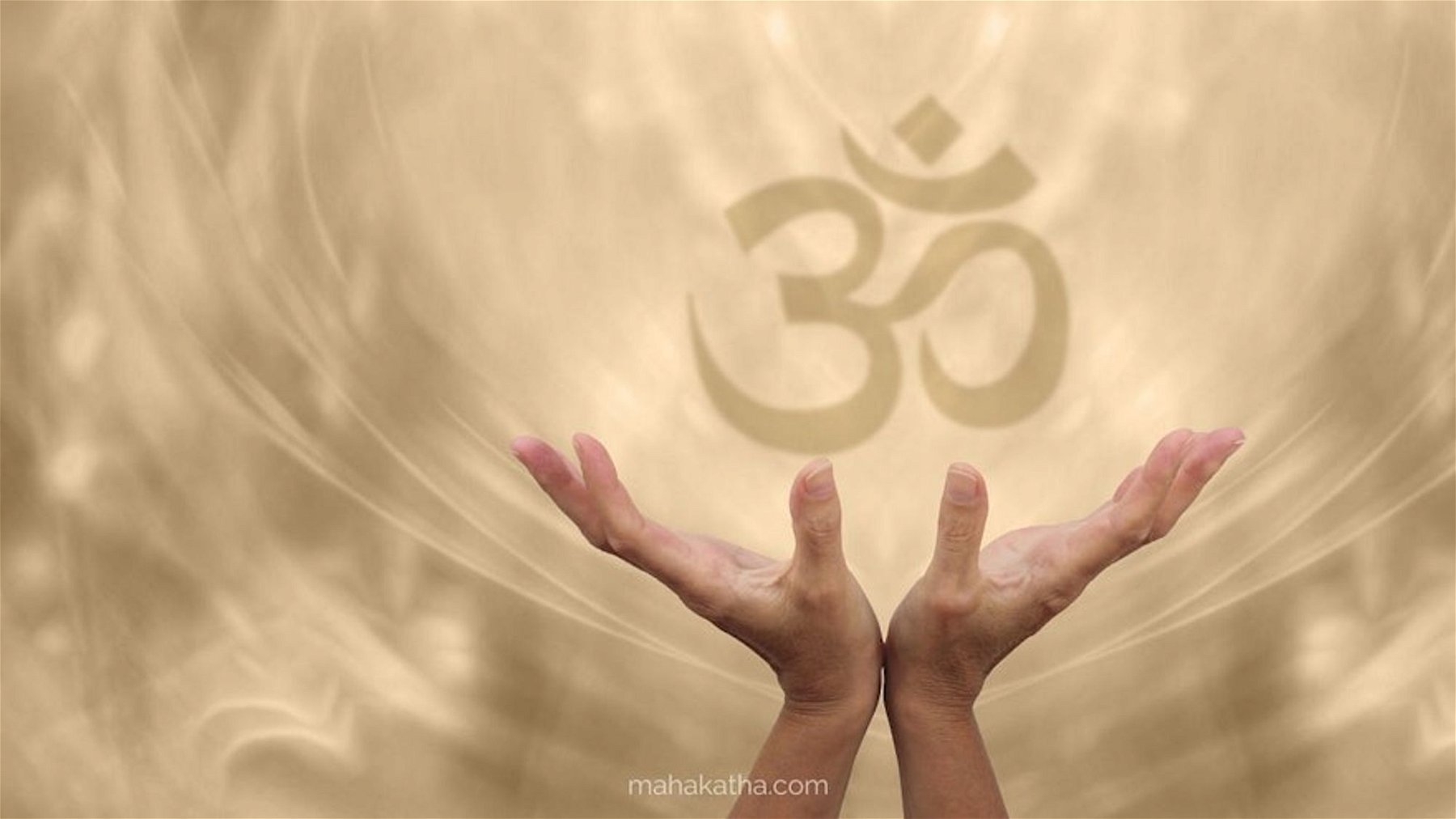 Best one word mantras for meditation 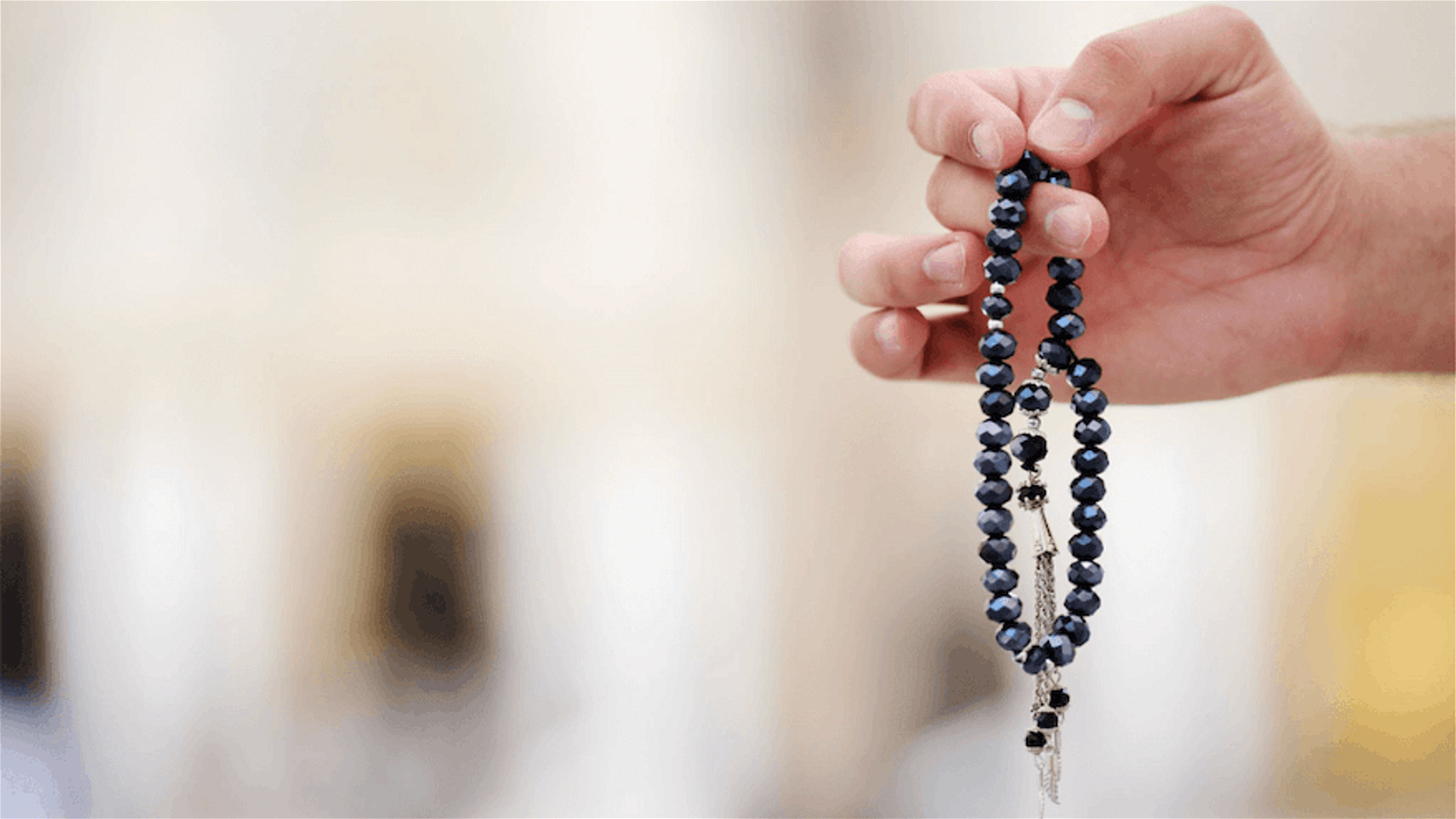 15 simple mantras you can start learning