The "Shiva Rudra Gayatri" mantra is an ode to Rudra, the fiercest form of Lord Shiva.

Rudra is the mightiest form of Shiva capable of destroying the entire Universe. He can turn any form, force, or element into ashes.

Devotees practice reciting or listening to the Rudra Gayatri mantra to destroy their deepest fears.

With Rudra's blessings, this mantra helps you to attune yourself with the ultimate truth of life.

Regular practice of mantra meditation with this Shiva mantra will help you attain the courage to conquer your deepest fears.

Rudra Gayatri mantra is part of the Ancient Healing Chants of Shiva album.

According to the Rig Veda, there 11 Rudras. They are:

No force in the Universe can escape the wrath of Rudra.

It is believed that Rudra does not differentiate between demigods and asuras if destruction is necessary.

In one story, Kamadeva, the God of Love, was one such deity to face the fury of Rudra.

When Kamadeva tried to disrupt Lord Shiva's meditation, he was burned down to ashes.

This story depicts the power of Rudra who can even destroy love if it becomes a distraction from the necessary pursuits.

They fast on Mondays and the fast is popularly known as Shravan Somwar (Monday of Shravan.) 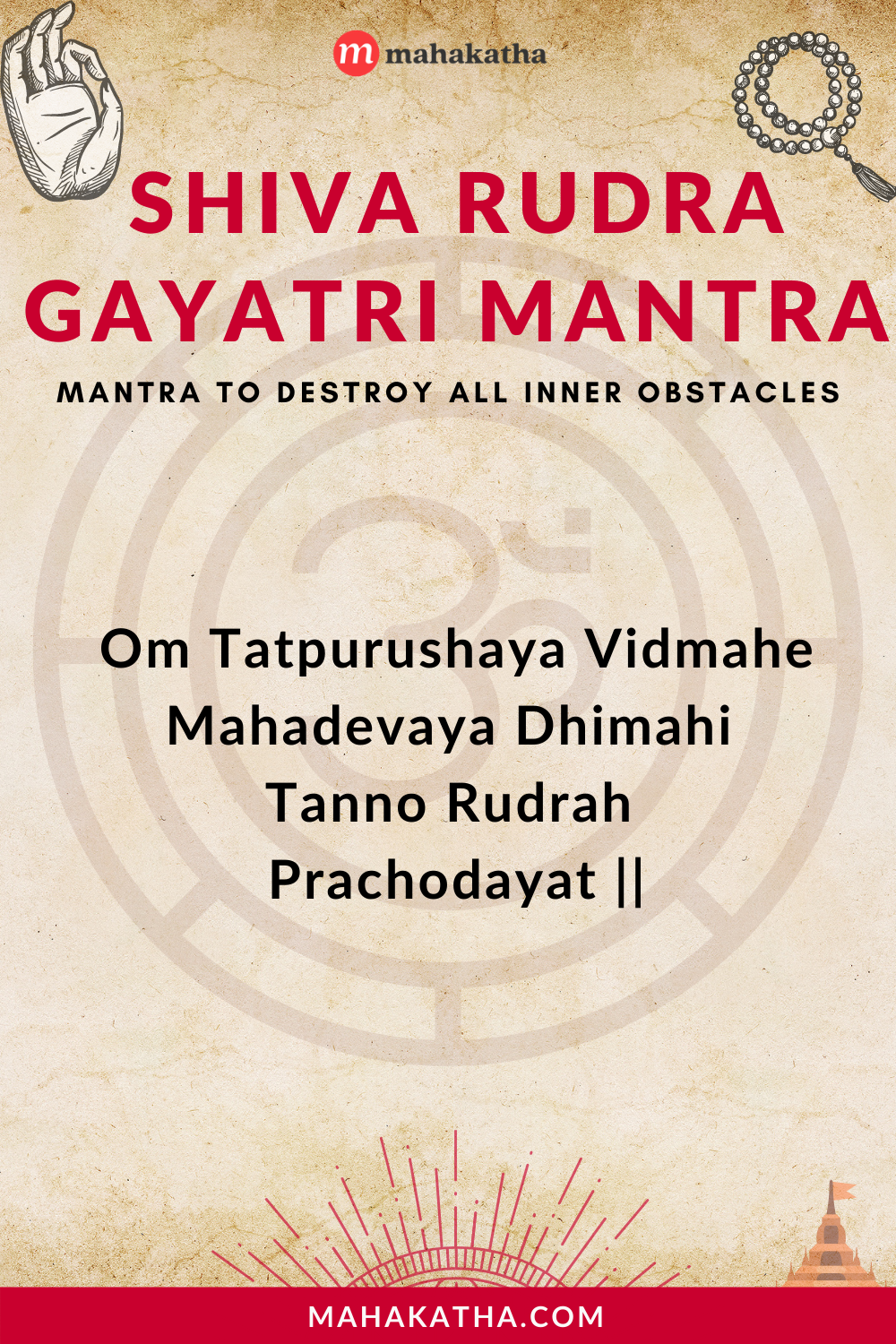 Lyrics :
Om Tatpurushaya Vidmahe Mahadevaya Dhimahi Tanno Rudrah Prachodayat
~
Meaning :
Om is the primordial sound of the universe. It encompasses every element of existence there is.
Let me meditate in reverence of the great Purusha (man, also interpreted as the divine force of the universe).
Oh, greatest God, elevate my intellect and let God Rudra illuminate my mind.

The mantra Shiva Rudra Gayatri holds several benefits for the mind of both the chanter and listener.

Listening to this powerful healing mantra along with meditation helps you in the following ways.

Benefit 4 - More confidence
The mantra elevates your self-awareness, makes you confident, and primes you for success at work and relationships

Benefit 5 - Faster recovery
For those dealing with illness and disease, this mantra rewires your mentality and guides you to recovery

Here's a preview of the Shiva Rudra Gayatri Mantra, from our YouTube channel