The Meen Rashi Beej mantra is one of the twelve moon sign horoscope mantras.

The Pisces Beej Mantra is part of the Zodiac Mantras for Success album.

The Meen (Pisces) Rashi Beej mantra is made up of 4 seed words: Om, Hreeng, Kleeng, and Sauh. 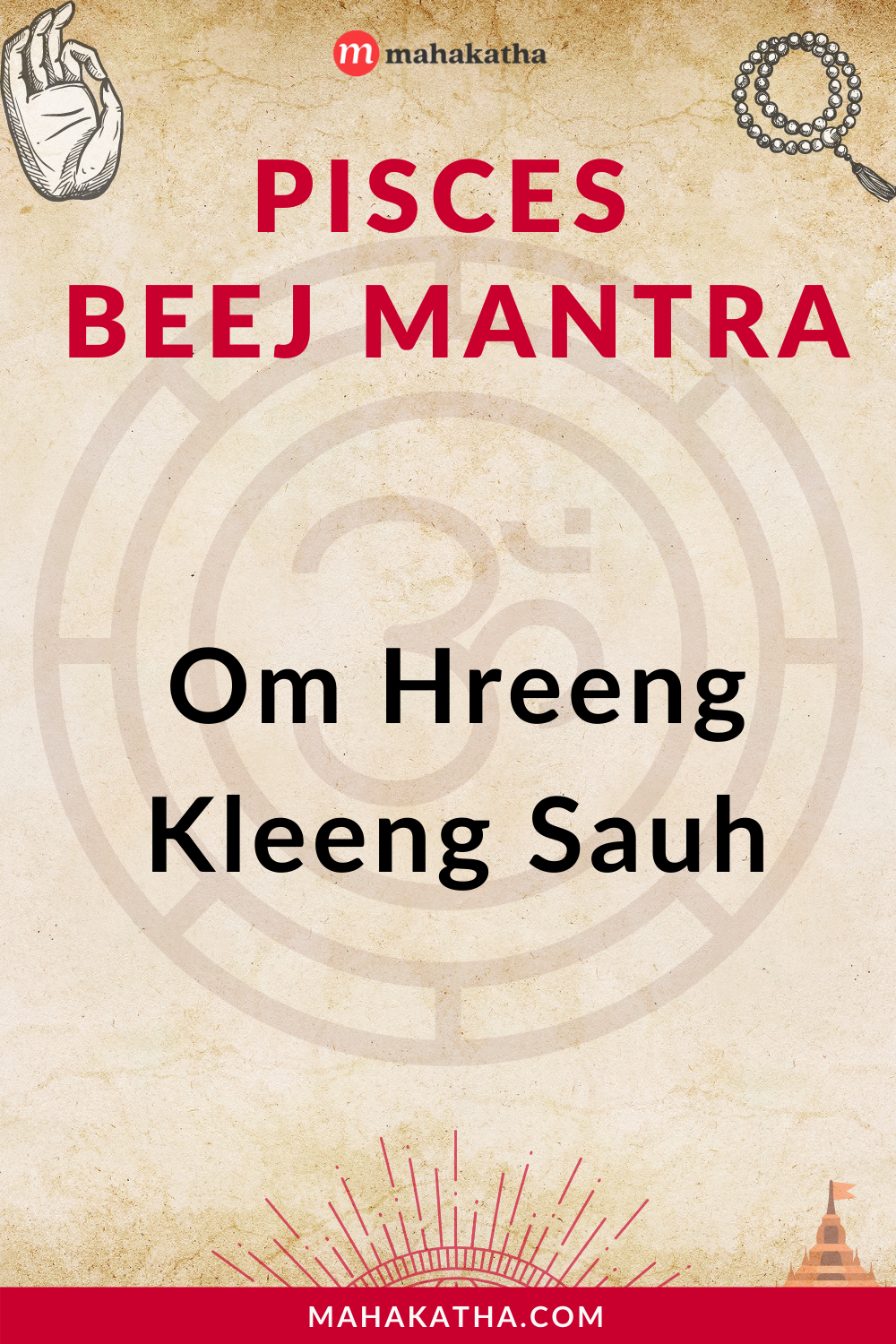 The four Beej mantras that constitute to become the Pisces (Meen) Rashi Beej mantra are as follows.

The Sauh mantra is composed of three sounds: Sa, Uu, and Ah.

According to Vedic texts, the Sauh Beej mantra becomes competent for initiation leading to liberation without any sacrificial rites.

Chanting the Pisces (Meen) Rashi Beej mantra can have the following benefits for people born with this zodiac sign.

Benefit 1 - Gets better as a leader

Benefit 5 - Sets new targets for the next phase of life

Here's a preview of the Meen Rashi Beej Mantra, from our SoundCloud