This form of Lord Shiva is revered as The Divine and Ultimate Guru.

This chant is one of the most powerful tools to develop sharp focus and impenetrable concentration abilities.

It can help anyone improve their grasp of knowledge and wisdom, both in academics and in the real world.

This is the mantra that prepares a Shishya (disciple) to truly manifest a Guru (teacher) and achieve excellence in any field of their choosing.

Medha Dakshinamurthi is part of the Ancient Chants from India - Volume 3 album.

The manifestation of Lord Dakshinamurthy is as old as Indian mythology itself.

This avatar of Lord Shiva, known as the Adi Guru, is the spiritual guide who dispels the darkness of ignorance and enlightens worthy minds.

The teachings of Lord Dakshinamurthy are associated with yoga, music, and meditation.

His place in the hearts of Lord Shiva disciples is deeply rooted and reflected in every single shrine built for Lord Shiva.

In almost every Shiva temple, one can find an idol of Lord Dakshinamurthy on the south wall.

The mantra is one of the core chants seeking the blessings of Lord Dakshinamurthy and has been passed down from ancient Indian Gurus to their Shishyas across centuries. 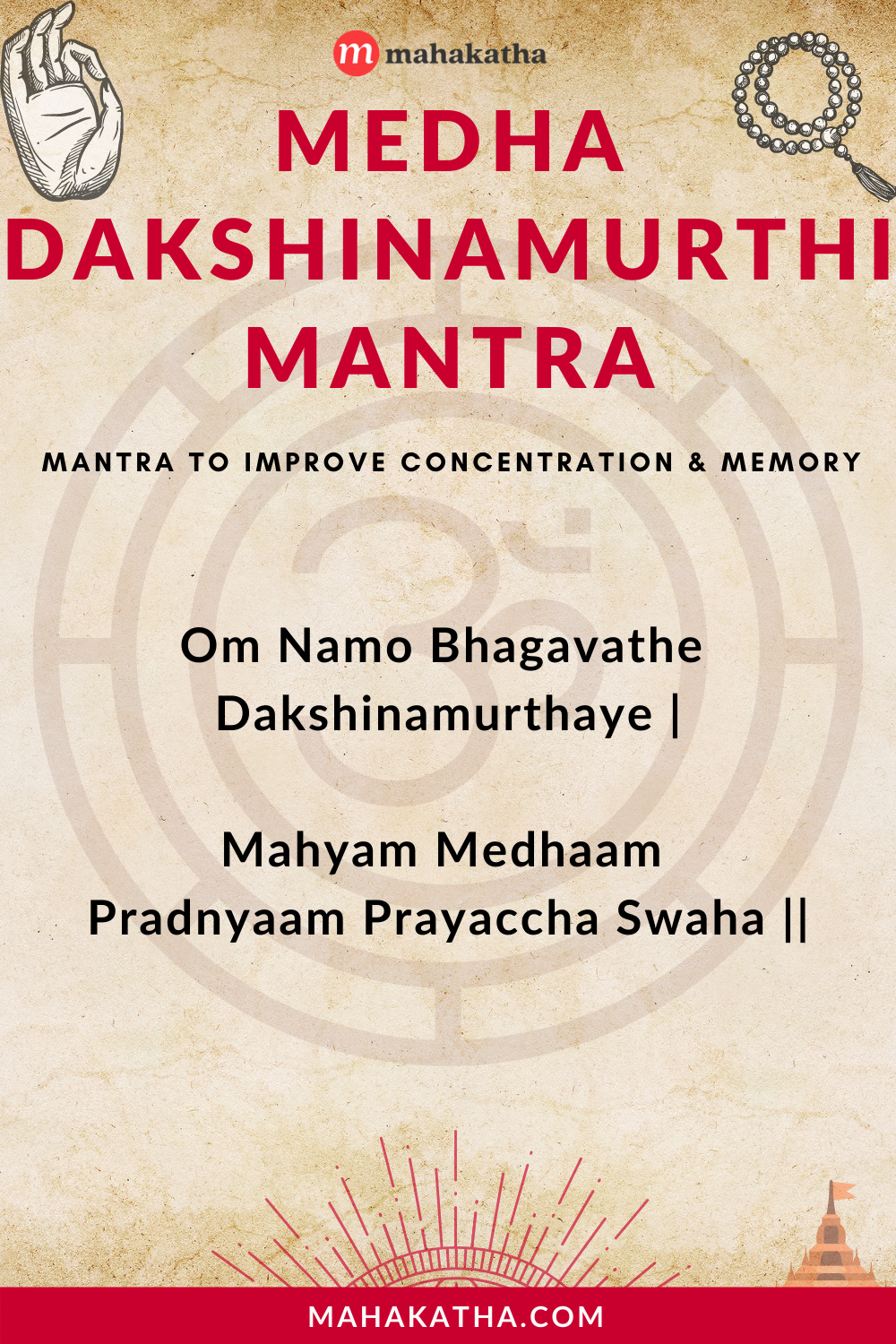 Lyrics :
Om Namo Bhagavathe Dakshinamurthaye
Mahyam Medhaam Pradnyaam Prayaccha Swaha
~
Meaning :
Through the first line of the mantra, we call out to this abundant source of knowledge and bow to his divinity.
Through the second line, we ask for "Medhaa", i.e. knowledge, and "Pradnyaa" i.e. wisdom.

The mantra is a humble prayer to seek the blessings of Sri Medha Dakshinamurti, the Ultimate Guru, in various areas of one's life.

This mantra is also known as the "Moola Mantra" or the seed mantra of Sri Dakshinamurthy.

Since this mantra is all about seeking knowledge and dispelling darkness, every human who considers himself a learner in any aspect of his life can benefit from it.

The mantra benefits the listener or chanter in the following ways:

Benefit 1 - Helps students
The chant can help students of all ages, who struggle to focus or retain knowledge for longer periods of time

Benefit 2 - Helps healers
The mantra helps healers, teachers, and counselors of every kind to stay balanced, centered, and wise in their practice

Benefit 3 - Helps creative people
People working in the creative field, who struggle with creative blocks or self-doubt can open up their creative flow and confidence through this mantra

Here's a preview of the Medha Dakshinamurthi Mantra, from our YouTube channel