The Kumbha Rashi Beej mantra is one of the twelve moon sign horoscope mantras.

The Aquarius Beej Mantra is part of the Zodiac Mantras for Success album.

The Kumbha (Aquarius) Rashi Beej mantra is made up of 5 seed words: Om, Hreeng, Aing, Kleeng, and Shreeng. 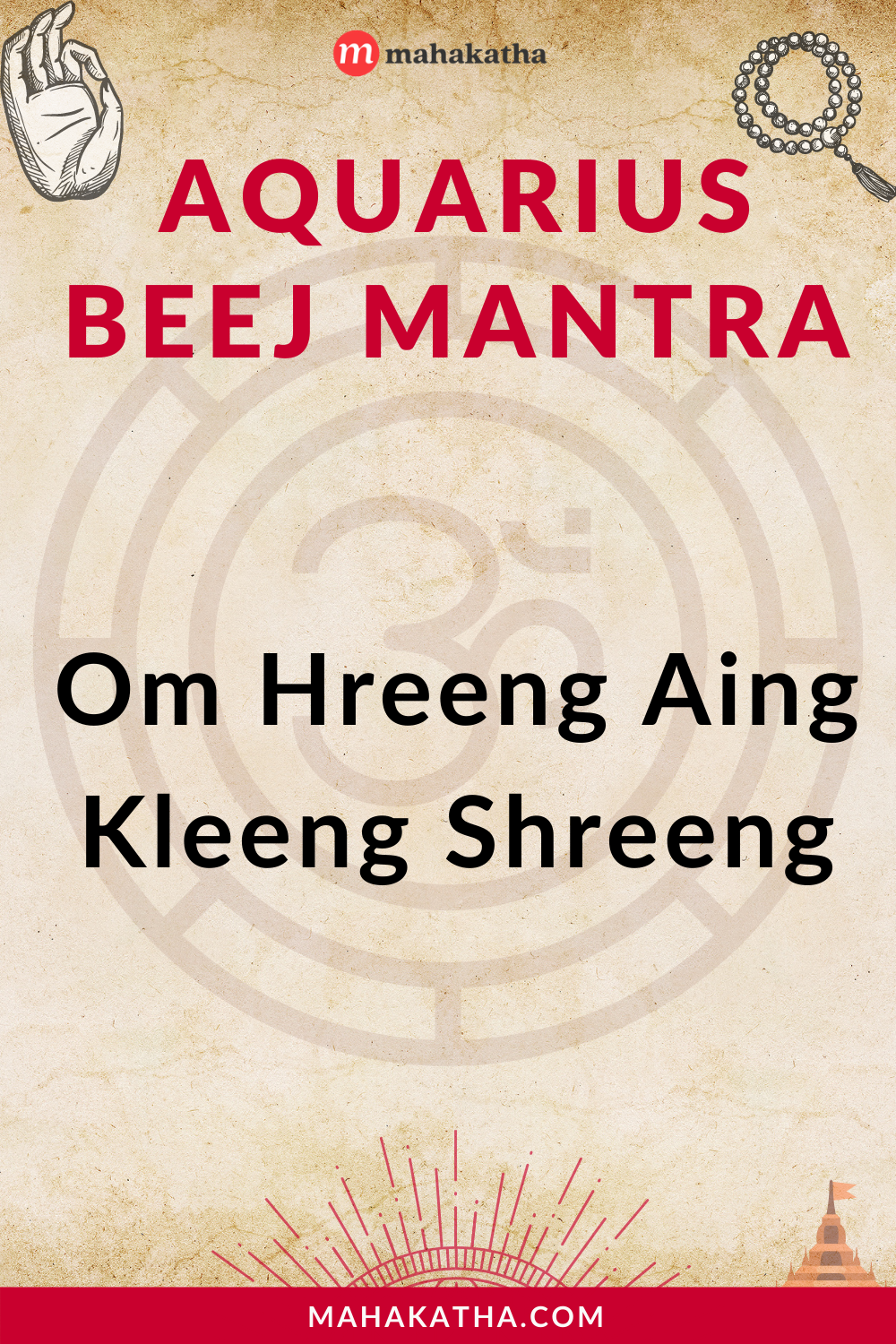 The four Beej mantras that constitute to become the Aquarius (Kumbha) Rashi Beej mantra are as follows.

Prakriti is also represented by Goddess Parvati in ancient scriptures. The 'ee' sound represents Mahamaya. The 'm' at the end is to invoke the power of dispelling sorrow.

Chanting the Aquarius (Kumbha) Rashi Beej mantra can have the following benefits for people born with this zodiac sign.

Benefit 1 - Finds new motivation to get better at work

Benefit 2 - Learns a new skill that will pay off soon

Here's a preview of the Kumbha Rashi Beej Mantra, from our SoundCloud