Learn everything about this Lakshmi mantra that is known to manifest wealth.

The "Karagre Vasate Lakshmi" mantra is a shloka originally from the Vishnu Purana.

It is one of the most practiced mantras, chanted every day by the old and young alike.

Most practitioners of mantra meditation do not start their day without chanting or listening to this mantra early in the morning.

For this mantra, as soon as you wake up from sleep, focus on the palms of the hands.

Visualize and invoke the supreme power in the form of Goddess Lakshmi, Goddess Saraswati, and Vishnu.

Focusing on the palms while visualizing with this mantra is said to be the way to start off the day.

Karagre Vasate Lakshmi is part of the Ancient Chants from India - Volume 2 album.

The mantra first made its appearance in the Vishnu Purana penned by sage Vyasa. In Hinduism, Vishnu is the Master of the Universe.

He is the one who governs everything that happens in our world.

And for the world to run, he intervenes with his divinity in various forms and incarnations.

As the administrative head of the ongoings of the world, Vishnu is known to be working symbiotically with other divine elements.

The Karagre Vasate Lakshmi mantra is an ode to such a crossover.

He does this by providing a strong foundation for Lakshmi and Saraswati. 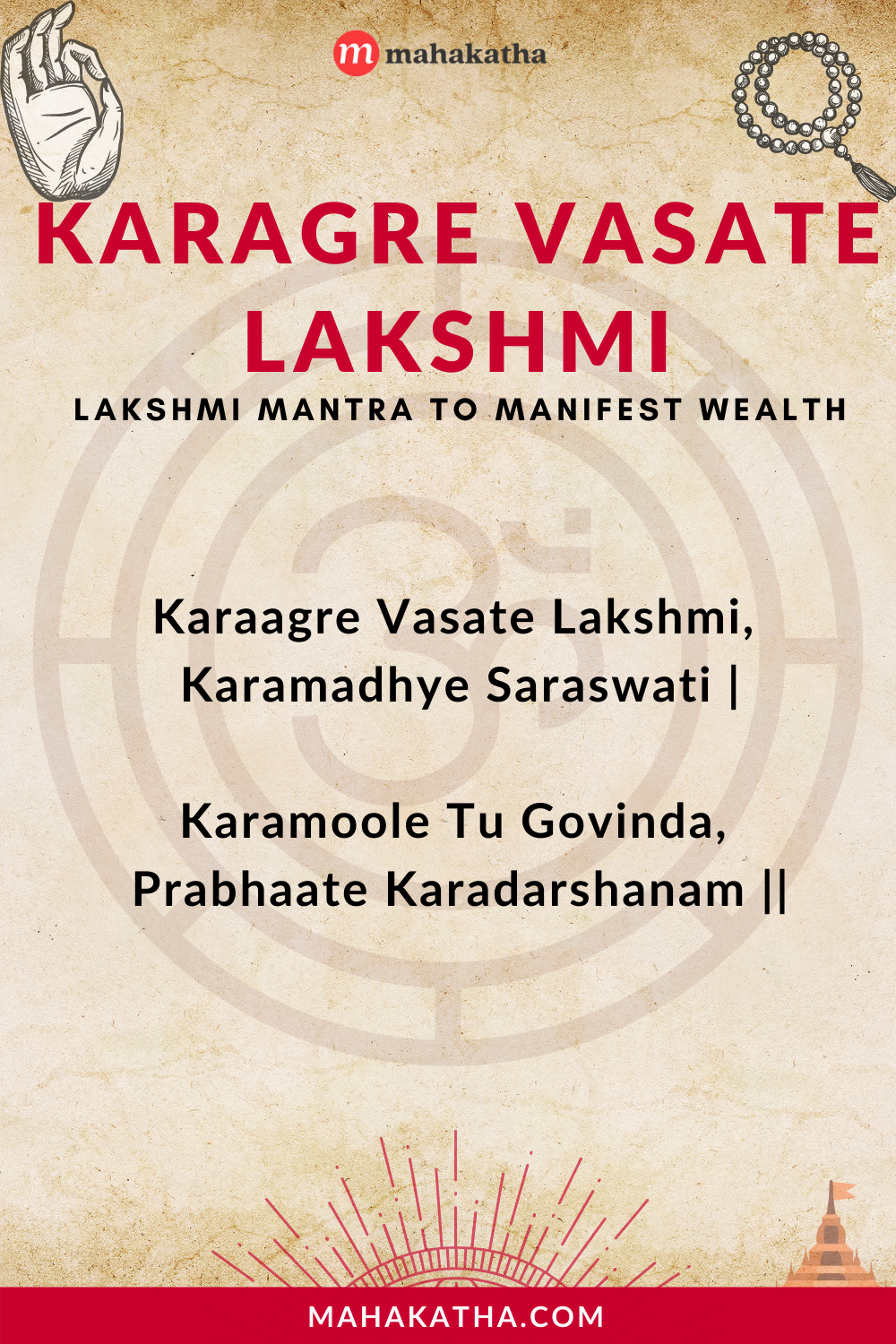 Benefit 5 - Helps students
This mantra is also beneficial for students of all ages, to improve focus and gain better results

Benefit 6 - Improves eyesight
It also strengthens your eyesight. Your eyes get into a routine exercise every morning focusing on different parts of your hands

Here's a preview of the Karagre Vasate Lakshmi Mantra, from our YouTube channel

The Karagre Vasate Lakshmi Mantra is the best way to start your day.